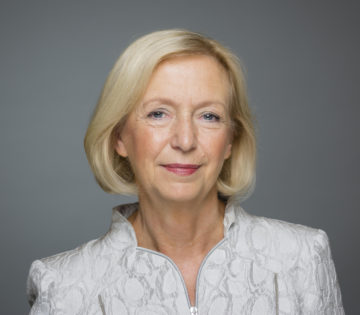 Dance is more than just the physical expression of music. Dance is a creative, non verbal method of understanding that knows no language barriers and is therefore a universally understandable form of communication. It is perhaps for this reason that the Dance Education Biennial is becoming increasingly recognised internationally. I am very pleased that once more, dancers from all over the world are taking part in this year’s national competition. This week, they and their trainers as well as the leaders of the workshops will be a part of a boundary breaking event.

The Dance Education Biennial has given rise to a forum in which teachers and students from the field of dance can meet, exchange and establish contacts. The goal is to offer young talents the opportunity to present themselves on stages, in concert halls, in art galleries and in exchanges with their peers and experienced practitioners under professional conditions.

At the centre of this year’s Dance Biennial is the theme “Dancing in the Street. What Moves Dance?” The reciprocal relationship between dance and social and political themes is being pulled into focus, while possibilities for new openings are being searched for simultaneously. What can dance set in motion in society? Which action spaces are open to dance and which ones must dance open itself to? What moves actors in the dance scene? The Dance Education Biennial offers a forum where all of these questions can be discussed.

I wish all of the participants of the national competition of the 6th Dance Education Biennial many new insights, interesting discussions and fresh stimuli for an innovative education. My heartfelt thanks go to all persons involved for their great commitment. And, to all the guests of the public performances, I wish you joy and enriching experiences. 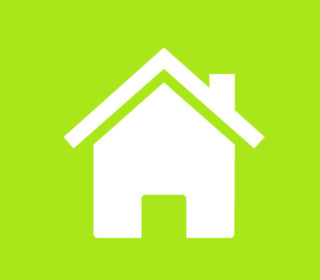 Greetings from the Educational Institutions

The responsible institutions of the Inter-University Centre for Dance (HZT) are delighted that the 6th Dance Education Biennial, supported by the Federal Ministry of Education and Research is taking place in Berlin this year.

On 30th April 2017 we celebrated the 10th anniversary of the founding of the HZT. Since 2007, young dancers and choreographers study and work next door to the Berlin dance scene, regularly inviting audiences to lectures and performances. With the HZT, the value of dance as an art form is established in both of our two universities as never before.

Outstanding teamwork has made the HZT what it is today: a focal point for the teaching and development of contemporary dance, crucial to the dance and performance scene of Berlin and abroad.

The vision we formulated at the foundation of the institution was of the dancer as self determining artist, the creator of her own new form of expression – searching for intellectual examination of this art form and open to the examination of all other art forms. If we observe the successful and highly artistically educated graduates who have found their place in the professional life of their own discipline and even beyond, we can speak of success.

Our concerns to make interdisciplinary study, work and research possible for students is reflected in the concept of the Dance Education Biennial in the best possible way. The biennial actively brings classical and contemporary dance training together, offering the students a unique platform to work together on different dance disciplines.

In this way the biennial opens the eyes of young dance makers to the diversity of dance and the dance world in which they wish to gain a foothold. The sometimes widely divergent poles of different training opportunities for dancers rarely come into contact in the daily life of the students and yet they are already closely connected in today’s professional world. Here in Berlin for example, we greet a successful figure from the world of contemporary dance: Sasha Waltz as the artistic director of the Staatsballett.

In order to be able to survive in this rapidly changing professional field in the future, young dancers need versatility and a broad range of knowledge and skills.

Therefore we are very pleased that this year’s edition of the Dance Education Biennial is cooperating for the first time with the German national dance contest “Tanztreffen der Jugend”. The students of tomorrow will certainly be inspired to develop a vision of their own paths from this exchange.

Therefore we extend our most heartfelt thanks to the artistic direction team of this 6th Dance Education Biennial, Nik Haffner, Britta Wirthmüller and Sophie Brunner.

Professor Martin Rennert, President of the Berlin University of the Arts and Holger Zebu Kluth, Rector of the University of Performing Arts »Ernst Busch« 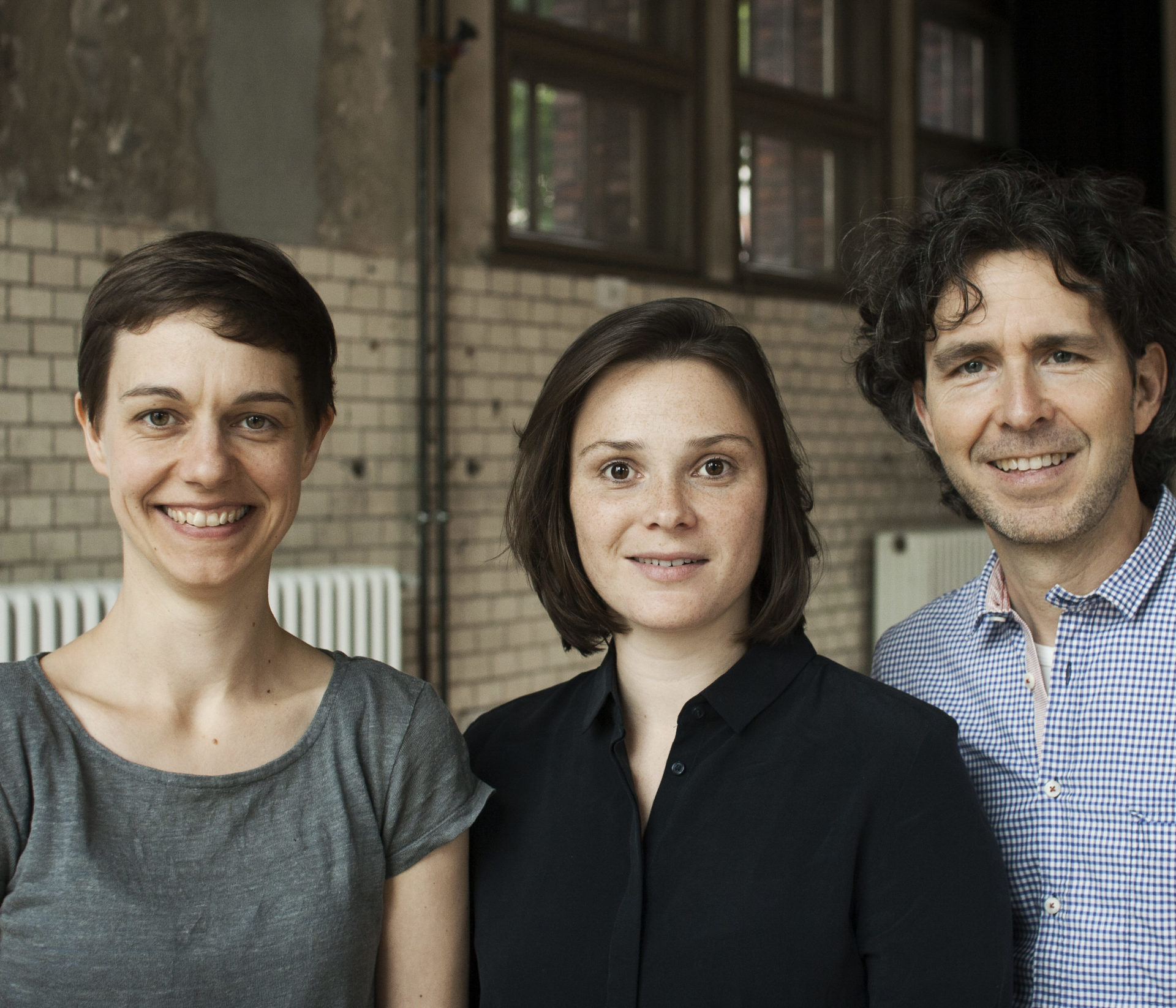 Greetings from the Artistic Direction Team of HZT Berlin

First World War was still raging in Europe in spring 1918. In these shattering times in which many social changes were also taking place, Valeska Gert, a young dancer from Berlin was enjoying early popularity and remembered: “I had the opportunity of performing the two dances twice a day at the cinema on Nollendorfplatz. (…) The audience screamed, clapped and whistled so much we could barely hear the music. It was the first breakthrough of aesthetic dance from bourgeois culture into the dynamism of a new, harder time.”

In 2018—a hundred years later—the theme of the Dance Education Biennial, “Dancing in the Street. What moves Dance?”, is also taking place in changing times in which the world seems in danger of being thrown off balance. It is more necessary than ever that we move our bodies and minds moving in order to change things together. This 6th Dance Education Biennial greets over 150 students and teachers from Germany and abroad from the widest range of cultural and artistic contexts. The biennial is a platform of exchange for the future generations of dance makers who will meet here for the first time and later work together in their careers.

When we open the biennial on 26th February at HAU Hebbel am Ufer with the first evening of performances, it will be the exact 10th year anniversary of the biennial. The context in 2008 was the Tanzplan Deutschland (Dance Plan for Germany), an initiative of the German Federal Cultural Foundation and it also took place at HAU. We would like to especially thank the whole team at HAU for making it possible to host the 2018 edition of the biennial in this theatre. We would also like to thank the two responsible institutions of the HZT – the Berlin University of the Arts and the University of Performing Arts »Ernst Busch« – as well as the TanzRaumBerlin network for their work in preparation and realisation of this biennial. We would like to thank all participants from educational programmes, partners and guest artists whose presence makes this biennial a reality. And last but by no means least, we would like to especially thank the Federal Ministry of Education and Research whose financial support has made this extensive project possible at all.

I am also delighted to share the artistic direction and therefore also this introduction with Sophie Brunner and Britta Wirthmüller. The fact that there is an artistic direction team for this 6th Dance Education Biennial reflects that in dance too, team spirit is increasingly replacing the lone individual. Collaborative working as well as social and communicative abilities are now important elements and not just in dance courses but across all artistic education. That is why I am so curious to see what new impulses for dance and wider society will come from the next generation of artists represented here.

“All we need is music, sweet music/ There’ll be music everywhere/ There’ll be swinging swaying records playing/ Dancing in the street”. The title of this year’s biennial, “Dancing in the Street” refers to the song by “Martha and the Vandellas” that became a famous protest song during the civil rights movement in the USA. It is an example of how closely the fight for freedom and dance are allied. I personally think of “Dancing in the Street” as a call to throw the doors of this 2018 biennial wide open and go out into the city. Education and universities offer a safe environment in which we can experiment, feel at ease and develop ourselves artistically. But we shouldn’t forget to look across the rooftops every now and again, take a run up and – who dares wins – jump. The biennial encourages us to look around, find out where dance and movement is happening outside the educational institutions.

In 2018 the Dance Education Biennial is cooperating for the first time with the nation wide contest, “Tanztreffen der Jugend”. Representing the biennial’s “NEXT GENERATION”, ten former Tanztreffen participants are involved this year. This cooperation as well as the performative conference “Matters of Engagement” will bring people and places together that would not necessarily meet otherwise.

I hope that we create enough space during the biennial for an inspiring exchange – looking at one another wholeheartedly, empathising, discussing possibilities for collective research and reflection with each other. These movements will hopefully be inspiring even if – or rather because – they sometimes give rise to friction. I hope that we will all have experiences that remain with us after the biennial and give us material to think over. A collective, fearless dance in the streets – I’m looking forward to it!

What moves dance? This question from the title of the 6th Dance Education Biennial invites us to think about the relationship between dance as an art form and a social practice and political conditions and developments. What can dance put into motion socially? But also, to what extent are dancers and choreographers acting politically through their work and artistic processes? Where does the political begin and how far does it reach? Where does it manifest itself in individual bodies and where does it manifest as a challenge to social coexistence or even violent conflict?

I see this biennial above all as an invitation for all participants to ask themselves, what is the political dimension of my own action? A question that seems large and abstract at first glance but could potentially be found in every audition, rehearsal or coffee break. We don’t have to invent the  political aspect of our own actions, it’s enough to sharpen our awareness of it. When questions that we ask ourselves and others become uncomfortable, that’s where we are often already in the middle of the political.

I hope that the biennial offers all of us these sorts of experiences, whether in training, in workshops, in performances, the conference or conversations over lunch. And I would like to encourage everyone to take their own questions and personal experiences seriously and bring them into the picture – as motivations to ignite the political in dance.